Members of the Fairfield Fire Department line up in front of their fire truck and fire station on Second Street sometime in the early 1900s. Today, the station is still located on Second Street but sits further north. Pat TEBOCKHORST of Fairfield supplied the photo and provided first initials and last names of firemen in the photo. She identified her grandfather, Assistant Fire Chief Truman ROWLEY, standing fifth from the left. Others in the photo are Fire Chief H. JONES, fourth from the right; B. BAKER; B. JONES; H. ELDER; A. ANDERSON; G. BATTIN; O. ANDERSON; C. ALLISON; N. MITCHELL; and C. SPRATT. 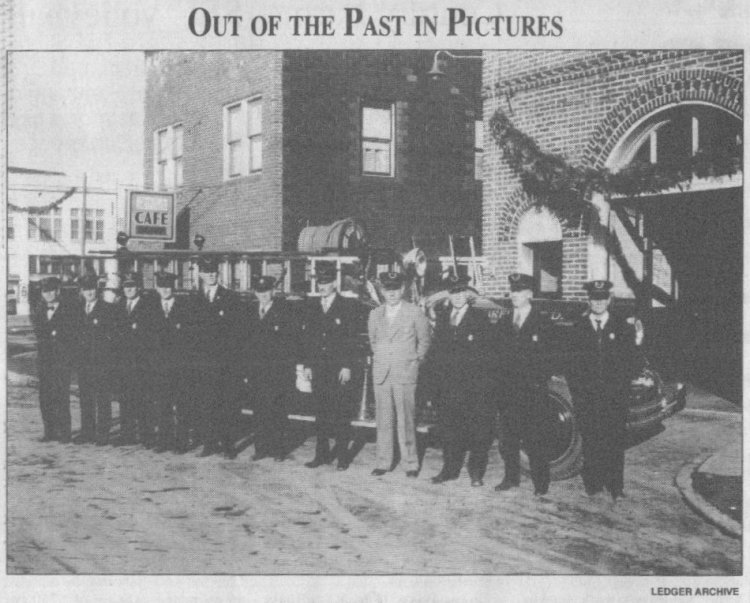