Carol Elaine Miene was born December 26, 1937, on her parents farm in Winneshiek County, rural Decorah, IA, the daughter of Morris and Gladys (Thompson) Engen. She was baptized January 23, 1938, at Madison Lutheran Church in rural Ridgeway, IA, and confirmed on October 19, 1952, at First Lutheran Church in Decorah. Carol graduated from Decorah High School in 1956. On August 22, 1956, she married Henry Miene, Jr. at First Lutheran Church in Decorah. Carol and Henry farmed in Makee Township in rural Waukon, where they had a Grade A dairy herd. Carol worked alongside Henry helping with the cows and crops. Carol also worked at Northern Engraving before she went to work as a cook for West Elementary School for 10 years, retiring in 2010. In 1998, they moved into Waukon for a short time before they built a new home in 2002 north of Waukon on Highway 9, a short distance from the farm.

Carol was a member of Zion United Church of Christ, where she was very active in ladies circles, served as a past president of Womens Fellowship, served on the church council, and taught Sunday school. Carol was active with adopt a grandparent for the first graders at West Elementary. She enjoyed working in her large garden while on the farm. Carol also enjoyed sightseeing throughout the tri-state area, listening to country music, spending time with family during the holidays, cooking, baking, and reading.

Survivors include a niece Petra Engen of Minneapolis, MN: a great-niece Elia Clair Dewey of Minneapolis; and many cousins and friends. She is preceded in death by her parents; her husband Henry, who died in 2009; a son Dean, who died in 1981; and a brother Gavin Engen. 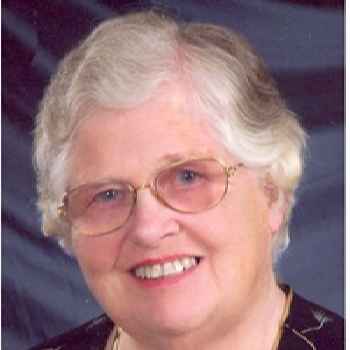