Thelma Othilda Stoen was born March 23, 1921, the Wednesday of Holy Week, in Spring Grove, Minnesota, the daughter of Henry J. and Martina (Sollien) Stoen. She was baptized April 17, 1921 and confirmed June 3, 1935, both at Big Canoe Lutheran Church, rural Decorah IA. Her great-great-grandfather Halsten Stoen had emigrated from Norway in 1850 and homesteaded in Pleasant Township, donating the land on which the original church and cemetery were located.

She grew up several miles east of Big Canoe and walked from her farm home to attend the Bigler School. After that she graduated from the Decorah High School and attended Luther College to obtain a teachers license. During the late 1930s and early 1940s, she taught in the Grindeland, Bigler, and Rotvold schools in Hesper and Pleasant Townships, Winneshiek County.

On July 25, 1945, she and Erven O. Ellingson were united in marriage at Big Canoe Lutheran Church. This was just ten days after he had returned to the United States after over three years of service in the European theatre of World War II.

The newlyweds farmed with his parents Anton and Ida (Hanson) Ellingson on the Iowa River east of Sattre in Allamakee County until late 1946, when they moved to Hesper Township. In 1956, they became and remained members of Hesper Lutheran Church.

Thelma was a Sunday school teacher, member of Ladies Aid (later the Women of the ELCA) and of a womens circle at church, and the Veterans of Foreign Wars auxiliary. Above all, she was a wife and mother, actively engaged in farming with her husband and family. She was well-known for her hospitality, home-cooked meals, home-baked bread, and cookies.

She was preceded in death by her parents, her husband Erven in 2003; twin stillborn grandsons Nathan and Patrick Ott in 1985; her son-in-law Brian J. Olson in 2018; her brothers and sisters-in-law Sophus and Palma Stoen, Raymond and Darlyne Stoen, and Kathryn Stoen; and her brothers-in-law and sisters-in-law Tilvina and Elmer Bigler, Myrtle and Lester Bigler, Irene and Oscar Tilleros, Arnold and Viola Ellingson, Julius Ellingson, Clifford and Eleanor Ellingson, Bernice and Harold Byrnes, Harold Opheim, Duane Wedo, and Helen and Donald Bergan. 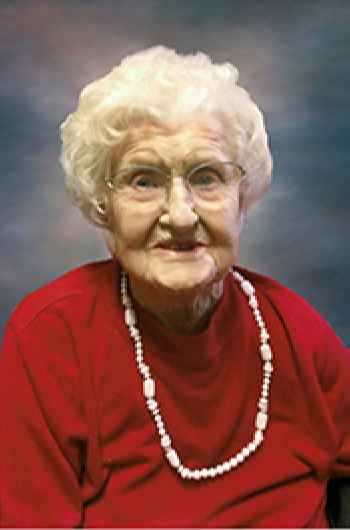