Memorial Mass of Christian Burial will be held at 11:00 a.m. Saturday, April 18, 2015 at Fjelstul Funeral Home in Decorah, with Rev. Phillip Gibbs officiating. Private Family Inurnment will be in St. Benedict Catholic Cemetery at a later date.

Visitation will begin at 9:00 a.m. Saturday, two hours before the service, at Fjelstul Funeral Home.

Lawrence was united in marriage to Elaine Meyer on December 30, 1947 at St. Stephens Catholic Church in Chester, Iowa. This union was blessed with five children: Kenneth, Kathleen, Marie, Steven and Robert.

They moved to Decorah in 1954, where he established the construction firm of Lawrence Munkel Building and Contracting, and continued with his firm until he retired in 1985. It was taken over by his son Steve.

Lawrence was a member of the Elks, V.F.W., St. Benedict Catholic Church and Silvercrest Golf and Country Club. He was an enthusiastic sportsman and thoroughly enjoyed hunting and fishing. He liked to go bowling and golfing, loved to play cards and get together with friends.

He was preceded in death by his parents; his infant son Robert in 1966; and four brothers: Irvin, Stanley, Donald and Eugene.

In lieu of flowers, memorials may be given to WMC Hospice, 901 Montgomery Street, Decorah, IA 52101. 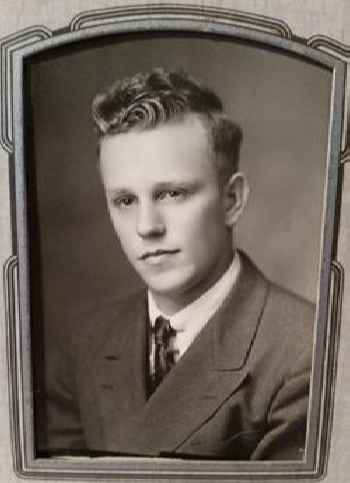