Funeral services will be held at 11:00 a.m., Saturday, February 20, 2010, at the First Lutheran Church in Decorah, Iowa, with Rev. Marion Pruitt  Jefferson presiding. Burial will be in the Lutheran Cemetery, Decorah, Iowa.

Clara Genette (Flatland) Stegen was born on November 4, 1914, the daughter of Ole and Hilda (Løkkebø) Flatland, on the family farm in Glenwood Township. She was baptized at home on January 3, 1915, by Rev. Scharve. She was confirmed at the Glenwood Lutheran Church on May 4, 1930, by Rev. Olaf Brevick. Clara married Mervin Juleman Stegen on June 14, 1933, at the Glenwood Lutheran Church and to this union, five children were born: Helen, Donald, Verna, Sharon and Mary Ann. Mervin and Clara farmed in the Glenwood area and then Frankville Township before moving to their homestead in Bluffton and Madison townships. In 1969, Clara moved to Milwaukee, WI, and worked there until 1997, when she returned to Decorah. In the fall of 2007, she moved to the Arlin Falck Assisted Living and into the Barthell Eastern Star Home in the fall of 2009. Clara was a very independent woman and made her own decisions all of her life. She was a wonderful cook and enjoyed reading, sewing, traveling and playing cards. 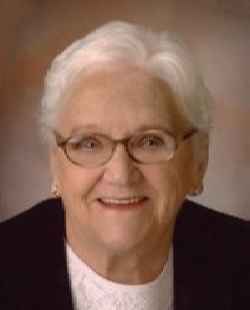