Funeral Services will be held at 11:00 A.M. Friday, June 4, 2010 at Decorah Lutheran Church with by Rev. Bryan Robertson officiating. Burial will be in Lutheran Cemetery in Decorah.

Visitation will be from 4:00-7:00 P.M. Thursday June 3 at Fjelstul Funeral Home in Decorah and on Friday one hour before the service at the church.

Orlando Donald Sacquitne was born June 4, 1951 to Obert and Virginia (Hovey) Sacquitne in Decorah, Iowa. He attended North Winneshiek High School graduating with the class of 1969. Don attended Rochester Community and Technical College in Rochester, MN and then Mankato State University in Mankato, MN, graduating in 1973.

Don returned home after college to start farming with his father on their home farm, a dairy farm north of Decorah. He was also an over-the-road truck driver for many years. Don loved his John Deere tractors, especially the 4020 and the 4000, the local stock car races, NASCAR and tractor pulling. He was a member of the National Tractor Pulling Association and Decorah Lutheran Church. He also enjoyed fishing. Don loved children and playing with them. He had a great passion for all of his nieces and nephews and great-nieces and -nephews, and he really enjoyed their many activities and taking trips with them.

Don was united in marriage to Kathy A. Kat Hackman on April 8, 2005 In Decorah. 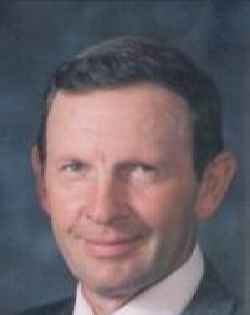