Funeral services will be held at 11:00 a.m., Wednesday, July 6, 2011, at the Schluter  Balik Funeral Home in Decorah, with Rev. Allen Vik presiding. Burial will be in the Bluffton Cemetery, Bluffton, IA.

Richard Ronald Lawson was born on July 21, 1933, the son of Henry and Anna Mae (Smith) Lawson in Big Four, West Virginia. Ronnie moved with his family as a child to West Virginia and attended school. He served in the US Army from 1950-52. On January 13, 1957, he married Beverly Rakow at the Burr Oak Lutheran Church in Burr Oak, Iowa. Ronnie commuted and worked for thirty years, at an Automobile Factory in Kenosha, WI. In his retirement years, he enjoyed visiting at the Burr Oak Co-op. Ronnie was a member of the Burr Oak Lutheran Church, Burr Oak, IA.

Ronnie was preceded in death by his parents: Henry & Anna Mae (Smith) Lawson. His wife: Beverly on Dec. 28, 1999. One sister in infancy. His father and mother-in-law: Arthur & Kathleen Rakow. 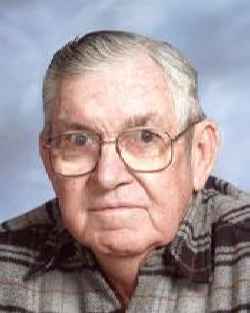