In lieu of flowers, the family suggests memorials may be given in memory of Renda.

Renda Lou Sacquitne was born on September 13, 1951, the daughter of Raymond and Darlene (Thompson) Sacquitne in Decorah, Iowa. Renda was baptized on Oct. 21, 1951 at Glenwood Lutheran Church and was confirmed on April 11, 1965 in Lytton, IA. Renda graduated from Decorah High School in 1969 and then attended NIACC in Mason City for two years. She married Rodney Wilhelm on September 28, 1974, at the Glenwood Lutheran Church. They lived in Rockford, Illinois and then in Osage, Iowa, where they operated the A&W Restaurant. Renda then worked for the American Cancer Society in Mason City, and obtained her Bachelors Degree at Buena Vista College. Renda returned to Decorah in 1988, and worked for the Iowa Workforce Development Office for twenty-one years. She married Keith Pressley August 22, 1992. Renda always loved the Nordic Fest and served as president, secretary, merchandise chair, program and button chair. This past Nordic Fest, Renda was awarded the 2009 Flag Recipient. She was a member of the Glenwood Lutheran Church & Choir, where she served on the church council and taught Sunday school, and was a member of Hope circle. She also volunteered for the Chamber of Commerce and Iowa State Fair Promotions. Renda loved spending time with family and friends, riding her motorcycle, going to dances, walking, parades, basketball and football games. Her greatest love and enjoyment, was time spent with her family, especially her five grandchildren. 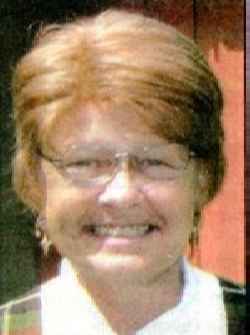