A memorial fund has been established in Julittas name.

Mass of Christian Burial will be On Tuesday August 30, 2005 at 11:00 a.m. at Our Lady of Seven Dolors Catholic Church in Festina, Iowa by Msgr. Cletus Hawes with burial in the church cemetery.

Visitation will be on Monday at the Festina Community Center from 3:00 until 8:00 with a rosary at 4:00 and a scripture service at 8:00. Schluter Balik Funeral Home -French Chapel in Calmar in charge of arrangements.

Julitta Lit Christina (Kleve) Bushman was born on July 30, 1910 the daughter of Barney and Theresa (Hanken) Kleve on the Kleve farm near Festina, Iowa. Julitta attended St. Marys Catholic School in Festina, Iowa. She worked for Dr. Horton in Calmar and the New Hampton Hospital. Julitta married Raymond Bushman on January 10, 1933 at St. Francis DeSales Catholic Church in Ossian. To this union, eight children were born. Ray and Julitta lived on the Bushman farm for six years and then in 1939, moved to the Kleve farm where they farmed for 27 years before moving to Festina in 1966. Together they were the custodians at Our Lady of Seven Dolors Catholic Church and School. Julitta was well known for her wonderful ability to make homemade noodles, chocolate chip cookies, kolaches and cinnamon rolls. She also enjoyed quilting and crocheting, making several quilts for all her grandchildren. Julitta loved her family and all of her grandchildren and will be missed by all of them. Julitta was a member of Our Lady of Seven Dolors Catholic Church and the Rosary Society. 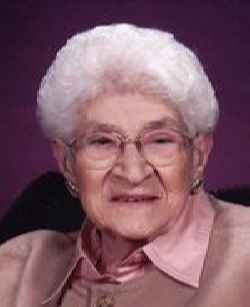