Oneta Lucille Horsman, a daughter of James Henry and Myrtle Irene (Williams) Horsman, was born at Plover, Iowa, on August 21, 1919. She lived her youth in Plover and graduated from the Plover High School with the Class of 1936. Oneta began her banking career at the Laurens State Bank in 1946 and retired from there in 1984.

On November 7, 1987, Oneta married her best friend, who became her husband, Fred Forsythe, Jr., at the United Methodist Church in Laurens. They were blessed to spend 26 years together. Oneta and Fred spent 17 winters in Arizona and the remainder of their time in Laurens. They sold their home in Arizona in 2005 and continued to reside in Laurens. Freddie and Oneta moved to Sanborn, Iowa, in March of 2008, residing at the Prairie View Manor Independent Living Home. The past months, however, Oneta had made her home at the Prairie View Inn.

A member of the Laurens United Methodist Church since 1938, the Order of Eastern Star, and a charter member of the Wo-Tan-Ye Club in Laurens, she, especially, liked crocheting and doing needlepoint. In addition, throughout her lifetime, she enjoyed entertaining her family and friends and traveling.

Oneta wanted to share, I have always loved my family very much. Each and every one has always been very special to me. My happiness was truly fulfilled when Fred and I married. Family and friends are so important in our lives along with our faith and trust in God.

She was preceded in death by her parents; her husband, Fred, on February 6, 2014; her brother and sister-in-law, Commander Donald and Effie Horsman, USN; her brother-in-law, James Smith; her nephew, Todd Smith; and her niece, Linda Horsman.

Funeral services will be held on Saturday, January 19, 2019, at 2:00 p.m. at the Powers Funeral Home, Main Street Chapel, Laurens. Burial will follow in the Laurens Cemetery in Laurens. Visitation will take place for one hour before the service at the funeral home. The Sliefert Funeral Home in Storm Lake is in charge of the arrangements. 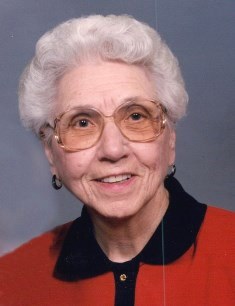