In 1973, Lyman graduated from Laurens High School. Then, he attended Des Moines Area Community College to follow in the footsteps of his parents and pursue a career in Nursing Home Administration. Passionate about his work, he cared deeply for his residents and their families and would go above and beyond to help others.

On June 3, 1978, Lyman Bailey married Dixie Mensing in Nevada, Iowa, at the Central Presbyterian Church. They made their home in Emmetsburg, Iowa, where Lyman worked as the administrator at the Emmetsburg Care Center from 1979-1997. In 1997, Lyman and his family moved to Bellevue, Iowa, where he worked as the administrator at Mill Valley Care Center. He felt honored to have an instrumental role in the development and addition of Sunrise Villa Assisted Living in 2001.

A devoted husband to his dear true love, Dixie, as well as a dedicated father incredibly proud of his four children, Lyman, constantly, sought out new, exciting, and challenging experiences for his family. In their early years, the couple liked camping and going on RAGBRAI. Later, they enjoyed going on vacations across the country, supporting the Iowa Hawkeyes, and staying busy with the kids activities that he made sure never to miss.

Known for having a lead foot, Lyman had a love of Fords. In addition, he had a green thumb that he inherited from his mom and grandpa, and he never celebrated a birthday without his wifes red velvet cake.

In the summer of 2011, Lyman suffered a massive stroke that changed his remaining years. He fought for nearly eight years before passing away at the age of 64 at Luther Manor on March 5, 2019, while surrounded by his family. Lyman will be, truly, missed by all who knew and loved him.

Those left to honor his memory include his wife, Dixie; his children: Jennifer (Justin) Hemann, and their children: Avery, Asher, and Ellasyn, of Mantorville, Minnesota; Patrick (Sarah) Bailey, and their daughter, Jozy, of Forest City, Iowa, Ryan and Janelle Bailey, both of Bellevue; and a sister, Wanda (Ralph) Wedgewood, of Salina, Kansas; as well as numerous other relatives and friends.

Lyman is preceded in death by his parents; his grandparents; and his sister, Myrna (Ivan) Heimbuck; as well as by several aunts and uncles.

The family would like to thank the staff at Luther Manor and Hospice of Dubuque for their compassionate care and support. Online condolences may be left for the family at www.hachmannfuneralhome.com . 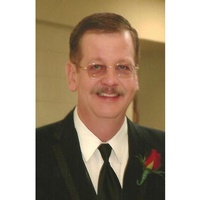