Eugene "Toby" Raymond Olson was born July 19, 1944 to Oluf and Helen (Wessel) Olson at their family home in rural Dow City, Iowa. He was baptized into the Lutheran faith on October 22, 1944 . He was confirmed at Bethlehem Lutheran Church in Dow City on May 1, 1960.

The family lived in the Dow City area where Toby attended Dow City Community School until 1960 when they moved to Denison. He attended Denison Community School and graduated on May 24, 1962. Toby joined the United States National Guard and after his training was completed, he attended Fort Dodge Community College graduating with a business management degree.

Through the years, Toby lived in Iowa, Missouri, Colorado and Oregon. He raised hogs, worked on a dude ranch, was assistant grocery store manager and owned a gas station and bar and grill. He also worked at Eventide Lutheran Home before his retirement.

Toby never had kids but that didn't stop him from enjoying all the kids in the family. He spent many evenings around his fire pit roasting hot dogs and making smores with them. He was an avid gardener; sharing his knowledge and the fruits of his labor with family and friends. Toby was blessed to have two amazing neighbors to swap stories, knowledge and work through the years.

The family respectfully requests masks be worn and social distancing be observed by those attending the events. 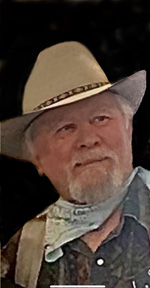