Jerry Eugene Cole, 79, of Hiawatha, KS, passed away peacefully on December 20, 2020 at his home with his loving family by his side.

He attended Onawa Public School. He served his country as a US Marine during the Vietnam War.

He married the sun in his sky, Candice Jimeson, on May 2nd 1978. He most recently worked at Brockhoff Manufacturing for many years before retiring in 2004.

Survivors include his wife, a son Cory and Ashley of Lansing, an honorary daughter Andrea and Mille of McPherson; 6 grandchildren, Caitlyn, Cali, Nicholas, Brody, Tyler, Lucas and numerous
nieces and nephews.

He was preceded in death by a son, Jeremiah Scott Cole; 5 brothers: Bob, Charles, Myron, George and Keith; 5 sisters: Ruth, Mary, Louise, Susan, and Catherine; and his parents.

Jerry requested there not be an official service and the family will have a private celebration of life. 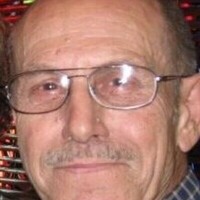