Funeral services will be 10:30 A.M. Thursday, March 12, 2020, at the First Christian Church in Onawa, Iowa, with Pastor Michael Lewis officiating. Burial will be in the Onawa Cemetery, Onawa, Iowa. Visitation will be 5:00 - 8:00 P.M. Wednesday, March 11, 2020 with a prayer service at 7:30 P.M. led by Ken Carlson at the Rush Family Chapel, Onawa, Iowa. Arrangements are under the direction of Rush Family Care Service, Onawa, Iowa.

Wayne Carlton Carlson was born July 7, 1935 in Whiting, Iowa the son of Carl Gustaf and Gladys (Hatcher) Carlson. He grew up in the Whiting, Iowa area and graduated from Whiting High School.

Wayne and Elaine Marie Thompson were united in marriage on August 14, 1954 in Onawa, Iowa. Elaine passed away on January 26, 2020.

He worked on the family farm and drove over the road truck. Wayne also worked as a heavy equipment operator. He worked several places including Irvin F. Jensen Construction in Sioux City, Iowa, King Transfer in Onawa, Iowa, and Western Iowa Co-op in Onawa, Iowa.

He enjoyed woodworking in his shop and growing tomatoes. He loved spending time with his children, grandchildren and great-grandchildren.

Wayne was a member of the First Christian Church in Onawa, Iowa.

Condolences may be left online for the family at www.rushfamilycareservice.com 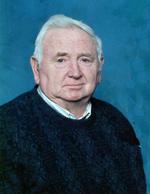