A Memorial Service will be 1:00 P.M. Thursday, February, 27, 2020 at the Rush Family Chapel in Onawa, Iowa with Pastor Michael Lewis officiating. Burial will be in the Onawa Cemetery, Onawa, Iowa. Arrangements are under the direction of Rush Family Care Service, Onawa, Iowa.

Donald Dwight Jones was born December 16, 1940, in Iowa City, Iowa, the son of George Ernest and Mildred Mae (Pixler) Jones. Don was raised and grew up in the Castana, Onawa, and Whiting areas. Don farmed with his family until 1957. He worked for farmers in the Onawa, and Whiting areas, and did custom combining with Dennis Hall until 1964. Don then worked for Hoak Power Company framing and setting poles in south eastern Iowa on into the north eastern part of Missouri rebuilding power lines.

In 1968, Don moved to Salisbury, Missouri. He then went to work at Glasgow, Missouri building cooling towers. Don worked for McGraw Edison building frame fans in Moberly, Missouri. In 1969, Don started working double shifts for Stamford foods in Macon, Missouri, first shift mixing dough for the food line and second shift, hauling the refuse/waste. Don then moved to Bonner Springs, Kansas where he did rough end carpentry work until they went on strike. He then got a job working for the city of Bonner Springs doing various jobs.

In 1970, Don moved back to Onawa where he met and married his first wife. To this union a son was born. In 1972, Don moved to Tempe, Arizona where he combined and rude cotton around the Buckeye and Gila Bend areas. Don also helped do custom cotton picking in Texas. In between harvest Don would work for ranchers and on construction.

Don met Peggy Welsh in 1973 in a tavern called The Desert Rose in Buckeye, Arizona. In 1975, the couple moved to Sioux City, Iowa. Don worked at the South Sioux City Elevator for a short time. In 1976, the couple bought a home in Sioux City, Iowa. Don worked construction doing foundations, sidewalks, and more for Henry Farley. In 1978, Don went back to school earning his G.E.D. He then went to Des Moines, Iowa to attend an evaluation course seeing what he was best qualified to study in. Don qualified in small engine repair.

Don and Peggy were united in marriage on Friday the 13th July 1979. Don attended Iowa Lakes Community College receiving his certificate in small engine repair in 1981. The couple moved to Oregon where they managed apartment complexes until 1994, when they moved to Tucson, Arizona. Don worked in security for Turbo Tax. Don went back to school earning his C.N.A. license. He worked in home care until 1999. The couple moved back to Onawa, Iowa and lived at Center Heights until 2003. During this time Peggy became ill and Don became Peggys caregiver. In 2004 they moved to Pierson, Iowa. Don built squirrel feeders, bird feeders, and put up bird houses in the back yard so Peggy could enjoy watching nature from her wheel chair. In 2010, they moved to Anthon, Iowa. Peggy passed away in 2011. Don then spent his time building a shed, working in his yard, on his home, and in his garage.

Don enjoyed his two cats Baby and Bobby. He enjoyed fishing and hunting. Don enjoyed playing cards. Don loved the company of his family and friends and if you were lucky he might even share some of that awesome fudge he made with you as he was so good to share it with so many people. Don was always giving and thoughtful towards others. 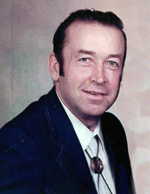