Leo Joseph Bollig was born July 14, 1931 in rural Danbury, Iowa the son of Joseph Leo and Rachel Catherine (Livermore) Bollig. He attended grade school at St. Patricks Catholic in Danbury, Iowa. After his schooling he worked on the farm with his father.

He was inducted in the United States Army on October 23, 1951 and served during the Korean War until his honorable discharge on October 7, 1953 and was awarded the Korean Service Medal with 1 Bronze Service Star.

Leo was a lifelong farmer until the farm sold in the early 80s. After selling the farm, Leo moved to Sioux City where he worked at L & L Builders. He enjoyed hunting, fishing, boating, and watching NASCAR, especially Dale Earnhardt.

He moved back to Mapleton, Iowa in 2012 where he eventually moved to Maple Heights Nursing Home.

Leo was a member of the VFW and the Loren Hollister American Legion Post #496 of Mapleton, Iowa.

He was preceded in death by his parents, Joseph and Rachel (Livermore) Bollig; his wives, Phyllis (Mack) Bollig and Christine (Kobes) Bollig; and his two sisters, Mildred Kisting and Rosemary Wise. 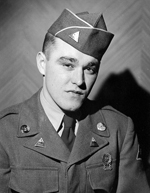