Funeral services will be held at 2:00 p.m. Thursday, July 14, 2016 at Our Saviors Lutheran Church in Osage with Pastor Alan Schulz officiating. Burial will be in the Osage Cemetery. Visitation will be from 4:00 to 7:00 p.m., Wednesday at the Champion-Bucheit Funeral Home in Osage.

Michelle was born June 27, 1986, in Mason City, the daughter of Paul and Bonnie (Soma) Gogerty. She attended school in Osage and graduated from Osage High School in 2005, she then attended UNI in Cedar Falls and graduated with a BA in Actuarial Sciences in 2009. Michelle was united in marriage to Brad Sullivan on June 6, 2009 at Our Saviors Lutheran Church in Osage. They made their home in the Minneapolis area. She worked as an Actuary at Ameriprise Financial in Minneapolis. She was very interested in photography and loved spending time with her children and all of her family.

Michelle is survived by her husband Brad Sullivan of Rogers, Minnesota and their children, Ayden, Ava, and Harper; parents, Paul and Bonnie Gogerty of Osage; sister Sara (Rob) Morgan of Rochester, Minnesota, father-in-law and mother-in-law, Daniel and Diane Sullivan of Osage, and Paternal Grandmother Ruth Gogerty of Hubbard.

Michelle was preceded in death by her grandparents. 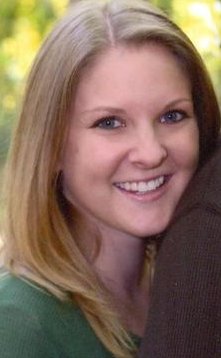