Glen Beem was born May 31, 1899 in Winterset, Iowa, to Grant and Alma Ellen (Reed) Beem. The family moved to North Dakota when he was a child and he was raised on a farm near Elliott.

On May 25, 1918, Glen enlisted in the U.S. Army at Fargo North Dakota and was sent to Jefferson Barracks, Missouri. He served in 7th Company, Coast Artillery, at Fort Constitution, Portsmouth, New Hampshire until August 10, 1918 when he was transferred to Battery B, Coast Artillery Corps and shipped to France October 7th. He returned from France February 14, 1919 and was discharged at Camp Dodge, Iowa on February 27, 1919. He was the youngest veteran of WWI living in North Dakota.

Glen passed away November 11, 1982 in Wilkin County, Minnesota and was buried in the Oakwood Cemetery at Lisbon, North Dakota.

Note: Information for this biography supplied by family members. 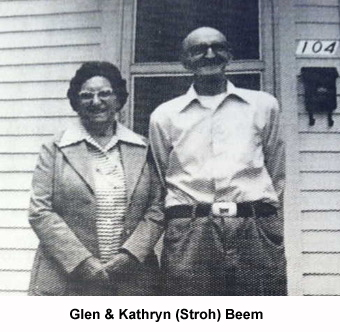