William "Will" Thom RICHARDS, born in Jackson, Mississippi, on June 27, 1945, peacefully departed this earthly life on June 22, 2022, surrounded by family and friends. He was the son of the late William Franklin RICHARDS and the late Martha Nelle THOM RICHARDS.

As part of a military family, Will spent his younger years in Germany, England, Colorado, Texas, Louisiana, and Mississippi, including summers at his grandparents' (Ralph & Eunice THOM) lake home in Shreveport, LA. He became an avid fisherman and a ham radio operator.

Will graduated with a B.A. in Philosophy from Millsaps College in Jackson, M.S. (sic), an M.A. in Guidance and Personnel Services from University of Memphis in Memphis, TN, and a Ph.D in Management from Maharishi International University (MIU) in Fairfield, Iowa. He also studied non-violent direct action at the Martin Luther King, Jr. School of Social Change, at Crozer Seminary, in Pennsylvania, and worked as a civil rights worker in Jackson, MS, during the 1960's. He loved his studies of Maharishi Vedic Science and his work as a teaching assistant for courses at MIU. He devoted seven years to facilitate world peace by participating in an extended, group practice of the TM-Sidhi program at MIU. During his time at MIU, Will found Sylvia (JANSEN) BURNES, the true love of his life and they married on November 25, 2001. Also during that time at MIU, Will and Anna-Maria joyfully adopted each other as Dad and Daughter. 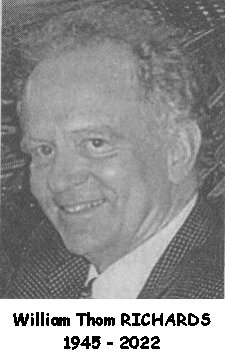