John was born on April 24, 1947, in Fairfield, Iowa, to John Eugene and Edith May (JOHNSON) GEORGE. He grew up on the family farm outside Lockridge, Iowa, and graduated from Fairfield High School in 1965. John graduated from Iowa State University in Ames, Iowa, with a BS in Applied Art/Interior Design. John married Karen BERGSTROM on Feb. 24, 1968, in Ogden, Iowa. They made their home in Sheldon, Iowa, before moving to the Twin Cities in 1975 to be a part of Daystar Ministries. They moved to Owatonna, Minn., in 1980 to plant a church. Then, in 1996, they moved to Northfield, Minn., where John led worship and served as an elder at City Light (New Covenant). He loved to spend time with many of Northfield's young people, baking cookies for the kids at The Key and cooking weekly meals at his home for multitides of college students. John worked at several places as an interior designer, earning his NCIDQ Certification in 1987. He finished his career in 2014 after working 20 years at Schneiderman's Furniture in Lakeville, Minn.

In his free time, he enjoyed flying RC planes and was a member of the Academy of Model Aeronautics. He also enjoyed guitar, fishing, birding, Facebooking and baking pies. He loved finding lighthouses and bakeries while traveling with his wife, meeting with friends for Bible study and prayer, and spending time with his family. John never met an idea that couldn't be turned into a pun. He relished in the chuckles and, let's be honest, frequent groans. In fact, he would certainly notice the word "relish" just now and would be quick to work in ketchup and mustard.

A celebration of John's life was held on Saturday, Aug. 21, 2021, at City Light Church, Northfield. Interment will be in Lockridge Cemetery, Lockridge, Iowa, at a later date. 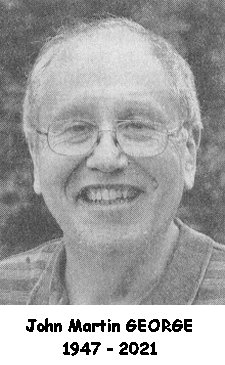