According to her wishes, the body was cremated. A private memorial service and burial of cremains will be at Packwood Cemetery, with the Rev. Phil Griffith officiating. No public services are planned.

Behner Funeral Home in Fairfield is assisting with arrangements.

Mrs. TAYLOR was born Aug. 29, 1939, in Packwood, the daughter of Lewis and Bessie DAVIS DAVIS. She married Stuart TAYLOR in 1957, and they later divorced.

Mrs. TAYLOR was a lifelong resident of Fairfield. She was a homemaker.

Her hobbies' and interest (sic) included reading, gardening, and most of all spending time with her family and friends.

She was preceded by: her parents; one son, Randy TAYLOR; two sisters and two brothers. 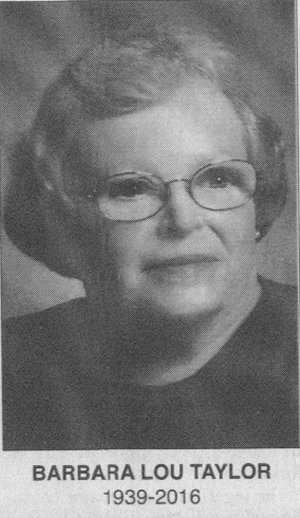