The funeral will be at 10 a.m. Friday at Wesley United Methodist Church in Ottumwa, with the Rev. Jim Shrimplin officiating. Burial will be in Memorial Lawn Cemetery in Ottumwa.

Visitation began this afternoon, and the family will be present from 5-7 p.m., at Reece Funeral Home in Ottumwa.

In lieu of flowers, memorials can be made to Wesley United Methodist Church or Ecumenical Lord's Cupboard.

Mrs. SHUMAKER graduated from Fairfield High School in 1947 and from Parsons College in 1951.

She taught at Corning High School, worked at Union Bank and Trust Company and was the registrar at Ottumwa High School for 17 years, retiring in 1992.

In addition to her husband, she was preceded in death by: her parents; one infant son, Stephen; one sister, Florence McGIFFIN; and three brothers, John C. ,Elmer Paul (sic) and Donald B. GORMAN. 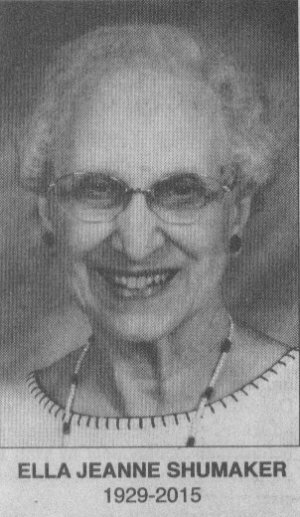