Shirley Joyce (BELL) LUZADDER, 79, of Fairfield and formerly of Lockridge, died at 1:50 p.m., Thursday, August 20, 2015 at the Jefferson County Health Center in Fairfield.

Born on June 28, 1936 in rural Jefferson County, she was the fifth child of Franklin L. and Geneva DAVISON BELL. As a young child the family moved North of Four Corners to a farm where she grew up and attended a country school through 8th grade. She attended Lockridge High School and graduated with the Class of 1954. That is where she met her husband and lifelong companion, Jerry LUZADDER. They were married on September 24, 1955 in a double ceremony with her brother, Glen BELL, and Marilyn SASSEEN at the Little Brown Church in Nashua, IA.

As a long-time resident of Lockridge, Shirley served many roles in the community and was known by everyone. While raising her own three sons she provided early childcare services to several local families. Later she worked as a cook and waitress in the community café, a center of social activity in Lockridge. That was followed by ten years of employment at the Lockridge Locker assisting with butcher services to local farmers.

Always community-minded, Shirley was also active in local civic, religious and social organizations throughout her life. She was a member of the First Augustana Lutheran Church in Lockridge and Women of ELCA. Social time was spent with friends in the informal Jolly Twleve Club and Get Together Club. Later in life, Shirley turned her attention to community leadership. After three terms as a City council member, she was elevated to fill the vacated position of Mayor. She was re-elected to three additional two-year terms. During her service on the Council she helped to oversee several infrastructure upgrades including a modern sewer system and a new fire station for the local volunteer fire department. She had also served for many years as the secretary and treasurer of the Lockridge Cemetery.

Shirley spent the last year of her life as a resident of Sunnybrook Living Care Center in Fairfield where she continued her role as a social connector.

Shirley also tried her hand at writing. In addition to several poems she wrote to commemorate special occasions she wrote a short memoir of her life growing up as the middle child in a family of nine siblings titled: "In the Middle, Surrounded by Love". She also write a book of family history for her granddaughter, Anna, titled: "Anna's Story".

Shirley was a die-hard Chicago Cubs fan watching and listening to games until the very end.

She was preceded in death by her son, Joseph, her parents and her brother, Glen BELL.

Funeral services will be at 11:00 A.M. Monday, at First Augustana Lutheran Church.

The family will receive friends on Sunday evening from 6:00 until 8:00 P.M. at the Raymond Funeral Home in Fairfield.

Memorials may be directed to First Augustana Lutheran Church or the Lockridge Cemetery Association.

The arrangements are in the care of the Raymond Funeral Home in Fairfield.

Online condolences may be sent to: www.raymondfuneralhomes.com. 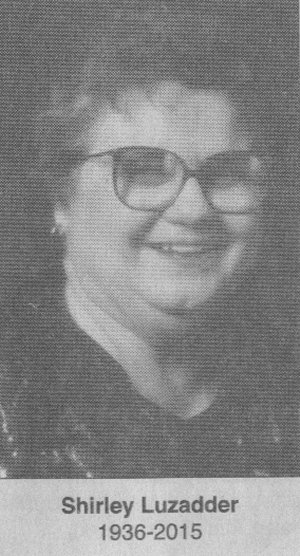