The body was cremated, and cremation rites were accorded as she requested. A memorial service will be at 11 a.m Friday at Richland United Methodist Church, with the Rev. Carl Benge officiating. Burial in Pennington Cemetery, south of Sigourney, will be at a later time in a private family service (note: in Keokuk Co., IA).

Memorials for Richland United Methodist Church can be left at the church or mailed to the family at 411 S. Walker, Montgomery City, MO 63361.

Gould Funeral Home of Richland is assisting the family.

She grew up near Sigourney and attended Connor Country School.

She worked as a housekeeper, waitress, cook and factory worker. She traveled with her husband as he followed his job and lived in several different area, including: Hayesville, Ottumwa, Powersville, Missouri, and Richland.

She was a member of Richland United Methodist Church. For missions, she made hundreds of school totes for children in Nigeria, Central America and the Philippines.

In addition to her husband, she was preceded in death by: her parents; three brothers, Roy, Bert and Bernard LOWE; and four sisters, Louise YOUNG, Doris CROSSETT, Jean YATES and Eva THAYER. 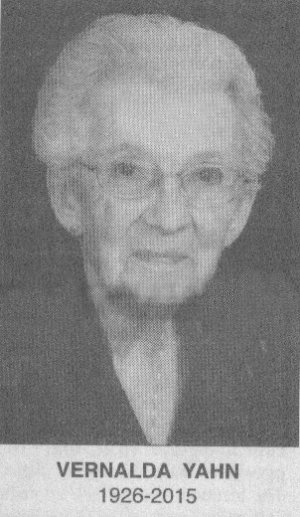