Arrangements are pending at Gould Funeral Home in Richland.

A memorial service will be at 11 a.m. Saturday at Gould Funeral Home in Richland, with Parish Life Administrator Shirley Van Dee officiating. Burial will be in Lockridge Cemetery.

The family will greet friends immediately preceding the memorial service beginning at 10:30 a.m.

General memorials can be left at the funeral home or mailed to Marijean WINKLER, 4015 Ontario, Ames 50014.

He grew up on a farm near Ottumwa, moved to Richland with his parents in 1973 and graduated from Pekin High School.

Mr. SMITH trained as a truck driver and worked for Hackert's Wood Products in Richland for the past 10 years.

He enjoyed time outdoors, working on cars and watching movies on television.

Survivors include: one sister, Marijean WINKLER of Ames; and one brother, Jim SMITH and wife Linda of Ottumwa.

He was preceded in death by: his parents; and two brothers, Robert J. and Charles SMITH. 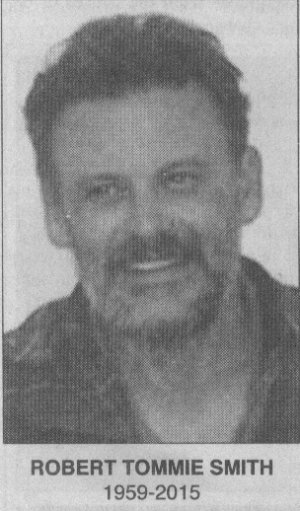