The funeral is set for 10:30 a.m. Saturday at Pedrick Funeral Home in Keosauqua, with the Rev. Matt Casey and the Rev. Jeff Crowder officiating. Burial will be in Fellows Cemetery, Keosauqua (note: in Van Buren Co., IA).

Visitation will open at 3 p.m. Friday at the funeral home, with the family present from 5-7 p.m.

Memorials to St. Jude Children's Hospital or the family of Brian MOBLEY, a family member with health issues, can be left at the funeral home or mailed to the family at 252 E. Manning, Ottumwa 52501.

Mrs. FAGEOL was born Sept. 28, 1956, at Emporia, Kansas, the daughter of James and Goldie BIRKMANN RUSSELL. She married Randy McNABB in January 1974 in Lebanon. She married James FAGEOL in May 2000 in Burlington.

Mrs. FAGEOL lived most of her life in Keosauqua.

She was a member of the Keosauqua Christian Church, Beer-Barker Unit 113 American Legion Auxiliary, and TOPS.

She was preceded in death by her father, James RUSSELL. 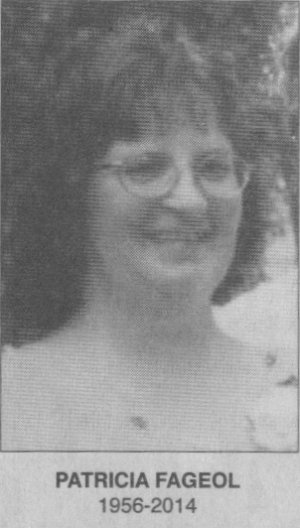