Don was born August 25, 1944, at Iowa City, the son of Lloyd Wesley and Dorothy LOTHRIDGE RYDER.

He lived most of his life in the Fairfield area.

He had worked in salvage yards, at the Iowa Ordinance Plant and did carpet installation.

He was an over the road semi-truck driver. He owned and operated Ryder Trucking of Fairfield.

He was a member of the Walton Club in Fairfield and loved western movies and raising and breeding horses.

Funeral services will be at 10 a.m. Monday at the Raymond Funeral Home in Fairfield with Pastor Len Maselli officiating. Interment will be in the Ollie Cemetery at Ollie (note: in Keokuk Co., IA).

The family will receive friends on Sunday afternoon from 5 until 7 p.m. at the Raymond Funeral Home in Fairfield.

Memorials may be directed to the Washington County Hospice or to the Fairfield Friends Club.

Online condolences may be sent to: www.raymondfuneralhomes.com. 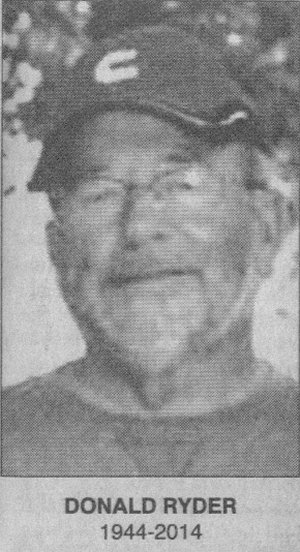