Inurnment of the cremains will be in Lockridge Cemetery at Lockridge.

Online condolences may be sent to www.raymondfuneralhomes.com .

He worked for George Anderson Steel Company before retiring as an equipment operator for Jefferson County for 38 years.

He was a member of the Eagles and the National Rifle Association.

Survivors include two sons, Michael HOSKINS of Marion, and Delbert HOSKINS and his significant other Becky Calvin of Lockridge; two grandsons; and two great-grandchildren.

In addition to his wife Lois, he was preceded in death by his parents, his sister Elba Jean GREEN and an infant sister.

A joint memorial service for the couple is at 10 a.m. Saturday at Raymond Funeral Home in Fairfield, with the Rev. Diane Brokken officiating.

The Ledger published a full obituary for Lois HOSKINS Jan. 9 and for James HOSKINS April 28. 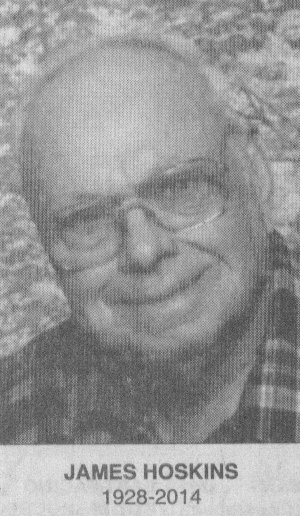