The funeral will be held at 10:30 a.m. Tuesday at Behner Funeral Home & Crematory, with the Rev. Norman Channel officiating. Burial, with military rites, will be at Memorial Lawn Cemetery.

Family visitation will be held from 6:30-8 p.m. Monday at the funeral home.

Memorials may be made to the donor's choice.

Mr. CHEZUM lived most of his life in the Fairfield community. He graduated from Fairfield High School in 1934.

He was a veteran of the United States Army. He served in World War II.

Mr. CHEZUM was the superintendent of the Fairfield Water Department for more than 20 years.

He was a member of the Fairfield Radio Club.

In addition to his wife, he was preceded in death by one brother, Harry CHEZUM; and two sisters, Ethel Mae CHEZUM, Mary Wanda CHEZUM; and one grandson. 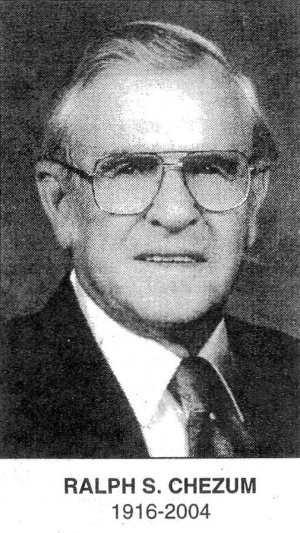