Pat was born June 22, 1947 in Fairfield, the son of Howard W. and Eunice Helen HARWOOD GRIDLEY.

He lived his entire life in the Fairfield community.

Pat had worked at Rockwell International/Meritor for 27 years. He was a truck driver for Shelman & Sons Trucking for 10 years before his retirement.

Pat was a member of the V.F.W. in Fairfield.

Deceased family members include his parents and 2 brothers Donald and Gerald GRIDLEY.

Funeral services will be at 11:00 A.M. Tuesday, December 18th at the Raymond Funeral Home in Fairfield with Pastor Jack Jackson officiating.

Friends may call beginning at 2:00 P.M. Monday at the funeral home. Visitation with the family present will be on Monday from 5:00 until 7:00 P.M.

A memorial has been established to the family.

According to the Iowa State Patrol report, Donald Dean GRIDLEY, 44, of Fairfield was driving a 1979 Ford pickup north on Compentine Road and failed to stop at a stop sign at the "T" intersection of Compentine Road and 165th Street. The vehicle entered the north ditch, striking a post at 3:27 a.m. Tuesday.

The report states Patrick GRIDLEY was transported by ambulance to Ottumwa Regional Health Center in Ottumwa.

It also states Donald GRIDLEY was transported by aircare to University of Iowa Hospitals and Clinics in Iowa City with possible injuries.

No information was available this morning from the University of Iowa Hospitals and Clinics about GRIDLEY. Hospital personnel have explained having no information available could mean the person is not a patient at the hospital or the patient or family members did not or could not give permission for information to be released.

The Iowa State Patrol report lists neither man was using a seatbelt. Neither man was ejected or trapped in the pickup. The front of the pickup sustained disabling damage, estimated at $1,000.

According to the State Patrol report, a urine test for alcohol was given to Donald GRIDLEY; no drug test was given. The report listed the driver's condition as "under the influence of alcohol/drugs/medications."

According to the report, charges are pending. 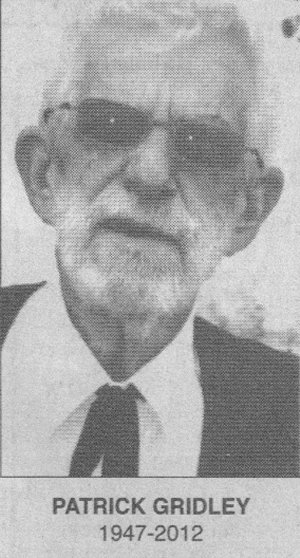