A celebration of life service will be announced later. According to her wishes, the body has been cremated. Behner Funeral Home is in charge of the arrangements.

She lived most of her life in the Fairfield area. She graduated from Nebo High School, and from cosmetology school in Louisiana, Mo. She was a homemaker, her joy was her family and many friends. She enjoyed reading, walking, yearly family vacations and her Friday Lunch Bunch outings.

She was a volunteer at The Bargain Box for many years, and at Meals on Wheels in Russellville, Ark. She was a longtime member of First Presbyterian Church in Fairfield.

She was preceded in death by her husband, parents, one sister, Fern HALL, and one brother, John Oren SIDWELL. 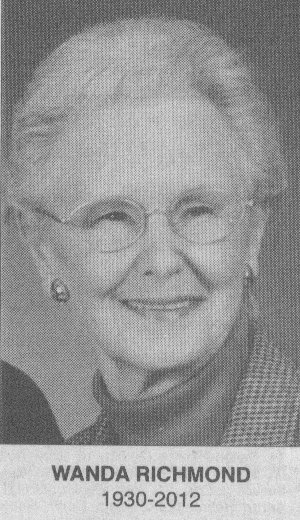