A service will be at 10:30 a.m. Monday at First United Methodist Church in Fairfield, with the Rev. Nate Nims officiating. Burial will be in Evergreen Cemetery.

Visitation will be from 6-8 p.m. Sunday at Behner Funeral Home.

Online condolences may be sent at www.behnerfh.com .

Mrs. VANDEGRIFF was a sewing instructor at Patton Sewing Center, a manager at Luellen's Clothing and a sales lady at Kurka's Jewelry store.

In addition to her husband, she was preceded in death by her parents; two brothers: Robert and Dean HUMPHREY; one sister: Irene JACKSON; and two grandsons. 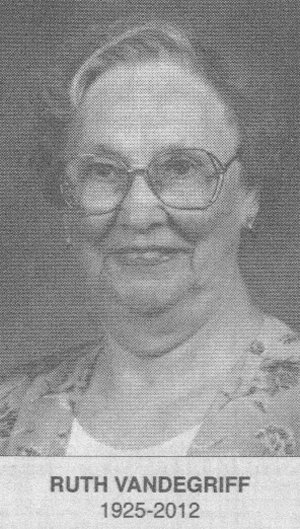