The funeral services will be at 10:30 a.m. Wednesday at Behner Funeral Home, with the Rev. Kevin Koch officiating. Burial will be in Memorial Lawn Cemetery.

Visitation for family and friends is 6-8 p.m. Tuesday, at Behner Funeral Home.

Memorials may be made to the Lawson family. Cards and memorials can be sent to 511 E. Adams Ave., Fairfield 52556.

He was a supervisor at Performance Pipe Co. for the past seven years and was a member of North American Hunting Club and Fairfield Rifle and Pistol Club. He enjoyed fishing and was an avid deer hunter. He also was involved with his sons' quad racing and frisbee golf activities.

Survivors include his wife; three sons, Jacob and Ethan of Fairfield, and Jordan of West Des Moines; his father of Fairfield; and one sister: Carmalee MANARY of Conroe, Texas.

He was preceded in death by his mother: Betty LAWSON; and one sister, Cindy L. LAWSON. 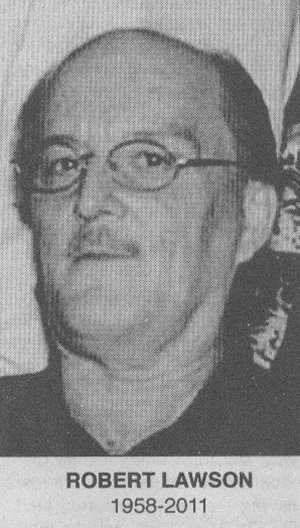