Arrangements are pending at Murphy Funeral Home of Mount Pleasant.

A service will be at 10:30 a.m. Monday at Lockridge Baptist Church in Lockridge, with the Rev. Earl Swigart officiating. Burial will be in Lockridge Cemetery.

Open visitation will begin at noon Sunday at Murphy Funeral Home in Mount Pleasant, where the family will be present from 2-5 p.m.

Memorials may be directed to Lockridge Baptist Church, Lockridge Fire and Rescue or Gideon's.

Online condolences may be sent to the family at www.beattymurphyfh.com.

Mr. SWANSON graduated from Lockridge High School. He lived on the family farm near Lockridge until he was 84 and then moved to Mount Pleasant.

Mr. SWANSON was a 4H leader, receiving an award in 1969 for his service, and a Boy Scout leader. He received the soil conversation (sic) award in 1949. He had served on the Lockridge Cemetery Board and as a Lockridge Township Trustee. He was a member of Gideon's and Lockridge Baptist Church, where he had served as a deacon for 40 years. He also had filled in as pastor of the Rome Baptist Church for three years.

He was preceded in death by his parents; one granddaughter, one son-in-law, Weldell OLSON; one stepgrandson; and two sisters: Blanche WALSHON and Vera SWANSON. 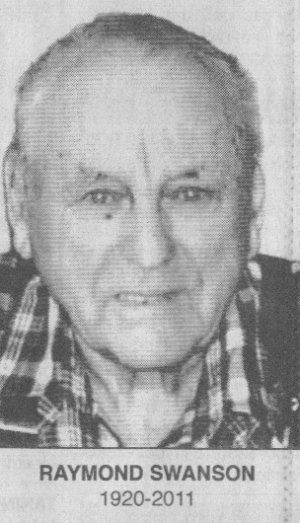