Deane was born on October 21, 1926, to Frank "Ernest" and Eva Mae BARNET MARSHALL, near Stockport, Iowa. He married Erma "Jean" MERCER of Packwood on October 26, 1949, in Fairfield, Iowa.

As a business owner for many years, Deane considered his longtime customers personal friends. He was an avid University of Iowa athletics fan and held season tickets with friends for several years, often making the trek to Iowa City in inclement weather. He enjoyed cooking and was known for his special summer sausage that he often gave as gifts to family and friends.

Memorials can be made to the Packwood Christian Church. Condolences may be sent to Jean MARSHALL at 1022 S. Avenue B, Apt. 1H, Washington, Iowa 52353.

Deane was preceded in death by his parents, a brother Stanley MARSHALL, and sisters Darlene PRATT and Marjorie MARSHALL. 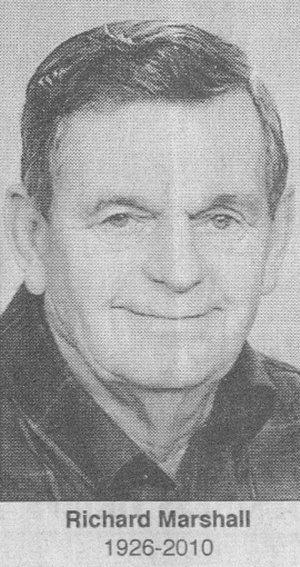