A memorial service wilth Military Rites will be 11:00 a.m. Wednesday, December 22, 2010 at First United Methodist Church with Pastors Mike Metz and Nate Nims officiating. Burial will be at a later date in Lockridge Cemetery.

Harold lived in Fairfield for 25 years (1951-1976) and then moved to Lockridge. He is a Veteran of WWII, where he served with the U.S. Navy. He was also a billing supervisor for Louden Machinery Co. for 40 years.

He was preceded in death by his parents: Bernard and Nellie GRABER and his beloved wife: Grace Edna GRABER.

[Note: At the time Grace Edna passed away, it was not stated where she would be buried. Through a friend in the Fairfield area it was learned that she was cremated and her ashes are to be interred at the same time as Harold's.] 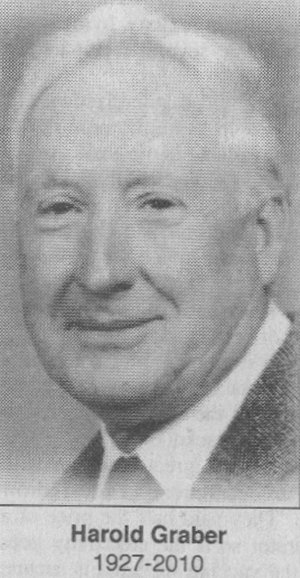