A local memorial service will be at 2 p.m. Nov. 21 at Saint Mary's Church in Sigourney.

Flowers may be sent to Virgil T. Golden Funeral Service, and donations may be made to the Father Taaffe Foundation of Salem, Ore.

Mrs. KELLY grew up in rural Fairfield. For several years before her marriage, Mrs. KELLY dedicated much of her time to caring for her 11 siblings, as well as supporting new mothers and teaching them to care for their newborn infants in their homes. She and her husband started their family on a farm west of Keswick, where Mrs. KELLY raised and marketed poultry. In 1963, the family moved to Salem, Ore., where Mrs. KELLY worked alongside her nine children in the Willamette Valley harvest fields, surpervised floor operations at Kelley-Farquhar Cannery and organized political events for the Jane Jefferson Democratic Women's Club.

She was an active member of Saint Joseph parish since 1963. Mrs. KELLY was also active in the Catholic women's organization Young Ladies Institute for more than 40 years.

She was preceded in death by her parents, three brothers and two sisters. 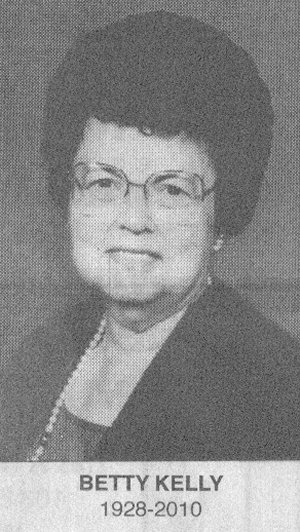