A Mass of the Resurrection will be at 10:30 a.m. Wednesday at St. James Catholic Church, with the Rev. Troy Richmond officiating. Following a luncheon at the Knights of Columbus Hall, interment will take place at Memory Gardens in Iowa City.

Visitation will begin at noon Tuesday at Jones Eden Funeral Home in Washington, Iowa, where family will be present from 6-8 p.m. and a prayer service will be held at 6 p.m.

Memorials may be made to Washington County Hospice or Friends of Lake Darling.

Online condolences may be sent at www.jonesfh.com.

Mr. GODWIN attended school in Pleasant Plain and graduated from Pleasant Plain High School in 1956. He attended the University of Iowa in Iowa City. Mr. GODWIN lived most of his life in Iowa City prior to moving to Washington in 2004. He worked at Lubin's Pharmacy in Iowa City and May Drug in Cedar Rapids. He owned and managed two service stations in Iowa City. He later taught automotive technology at Kirkwood Community College in Cedar Rapids until his retirement in 1998. Following his retirement, he and his wife opened Brighton Outdoorsman in 2003.

He enjoyed hunting, fishing, collecting antiques and spending time with his family.

Survivors include his wife.

He was preceded in death by his parents and one sister, Ruth GRIMM. 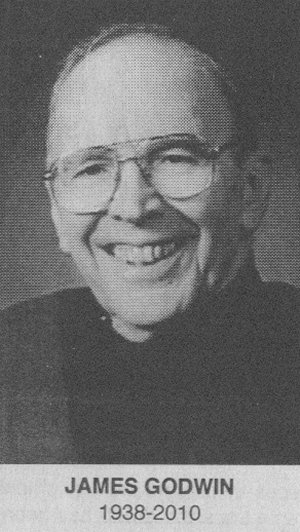