A service will be at 11 a.m. Saturday at Raymond Funeral Home in Fairfield, with the Rev. Nate Nims officiating. Interment will be in Evergreen Cemetery in Fairfield.

Family visitation will be from 10-11 a.m. Saturday at the funeral home.

In lieu of flowers, memorials may be made to the American Heart Association or American Cancer Fund.

A life-long resident of Fairfield, Mr. HARRISON graduated from Fairfield High School. He worked at Harrison D-X in Fairfield and was shop foreman at Jefferson Motors for many years. He later worked as a carpenter for Vorhies Construction in Fairfield before his retirement.

Mr. HARRISON served in the U.S. Army during World War II. He was stationed in Hawaii.

In addition to his wife, he was preceded in death by his parents; three sisters, Blanche COPELAND, Faith HARRISON and Viola SALTS; and four brothers, Fred, Denver, Harold and Edward E. 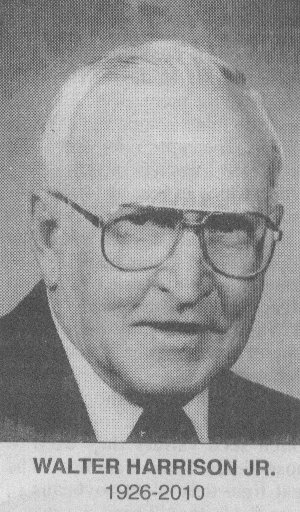