Arrangements are pending at Kremer Funeral Chapel in Batavia.

A celebration of his life was held at 2:30 p.m. today at Calvary Baptist Church in Batavia, with the Rev. Tom Shipley officiating. Burial was in Smith Cemetery, north of Batavia, with military rites accorded by American Legion O.B. Nelson Post No. 775.

Memorials may be directed to Calvary Baptist Church of Batavia or Hospice of Wapello and Davis Counties.

Arrangements are in the care of Kremer Funeral Chapel of Batavia.

Throughout the years, Mr. SMITH had worked at J.I. Case Co. and operated a Standard Gas Station. He also worked at Winger-Boss Co. and retired from The Dexter Company. In retirement, he opened a tire repair business out of his garage in Batavia.

He was preceded in death by his parents; one daughter, Jane E. COX; and three brothers, Dale, Floyd and Keith SMITH. 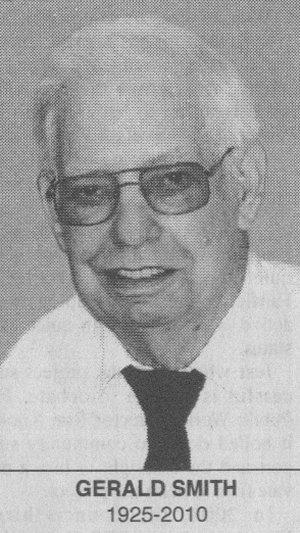