Arrangements are pending at Murphy Funeral Home in Mount Pleasant.

A memorial service will be at 10:30 a.m. Thursday at Murphy Funeral Home in Mount Pleasant, with the Rev. John Meyer officiating. Burial will be at a later date in Lockridge Cemetery.

Visitation will begin at 2 p.m. Wednesday at the funeral home, where the family will be present from 6-8 p.m.

A memorial has been established in Mr. RAUSCHER's memory.

Online condolences may be sent to the family at www.beattymurphyfh.com

Mr. RAUSCHER was a trucker. He hauled livestock and had worked at the Rauscher Seed House in Lockridge. He was a rural mail carrier in the Lockridge community for 30 years until retiring in 1997.

He belonged to the Rural Mail Carriers Association and Quarter Horse Association.

Mr. RAUSCHER enjoyed his horses and flowers. He also enjoyed gardening and going for coffee.

Survivors include his wife; three sons, Russell and wife Heidi of Cedar Rapids, John and wife Stacy of York, Pa., and Jessie and wife Michelle of Fairfield; five grandchildren; one brother, Bill of Lockridge; and two sisters, Christine RAUSCHER of Naperville, Ill., and Mary GATES of Iowa City. 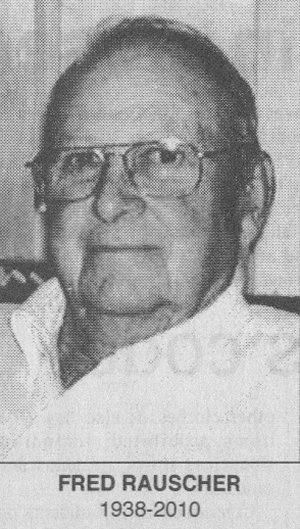