A memorial service will be at 10 a.m. Saturday at Reece Funeral Home in Ottumwa, with the Rev. Jerry Caughron officiating. The body has been cremated. Inurnment will be in Leando Cemetery.

Family visitation will be from 6-8 p.m. Friday at the funeral home.

The HARRYMANs farmed south of Douds until moving to the Quad Cities in 1974 and then to Ottumwa in 1988. Mrs. HARRYMAN had been an employee of Van Buren County Hospital and retired from Montgomery Ward.

She was a member of Willard Street United Methodist Church in Ottumwa.

She was preceded in death by her parents; one sister, Wilma McCRACKEN; and three brothers, Bill, Bob and an infant Dale WELLER. 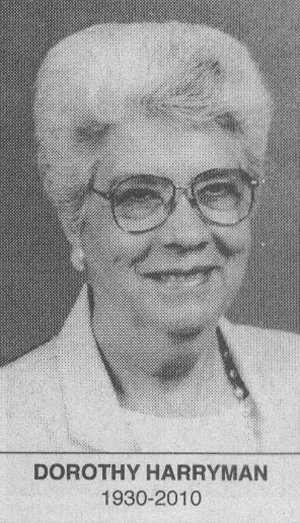