A service will be at 10:30 a.m. Friday at Behner Funeral Home in Fairfield, with the Rev. Jerry Phillips officiating. Interment will be in Memorial Lawn Cemetery in Fairfield.

Mrs. SIMMONS was a homemaker. She had lived in the community for the last 60 years.

She enjoyed spending time with her family and friends, crocheting, cooking and baking. 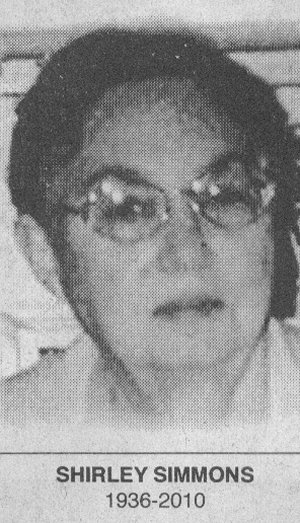