A memorial service will be at 11 a.m. Wednesday at Behner Funeral Home in Fairfield, with words of comfort by Keevin Koch. The body has been cremated. Burial will be at a later date.

Visitation will be from 10-11 a.m. Wednesday at the funeral home.

Mr. PEIFFER worked at Torino's, Mi-T-Mart and other restaurants for 20 years.

Survivors include his wife; three children, Samantha and Andrew PEIFFER at home and Michele HARRIS of Jamaica, Iowa; and one sister, Donna KAUFMAN of Wayland.

He was preceded in death by his parents and one brother, Michael PEIFFER. 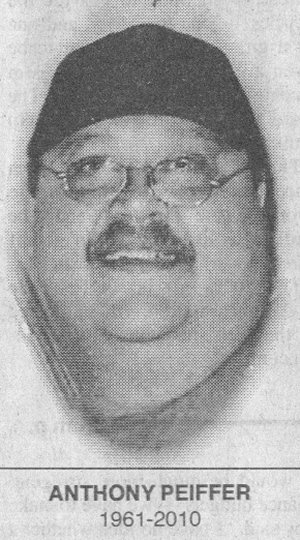