Memorials to the 1st Christian Church, Disciples of Christ. Cards and memorials can be sent to 605 W. Washington, Fairfield, IA.

Betty Mae LAWSON was born August 31, 1924 to Harvey and Isabelle WILSON LOUTH in Batavia, Iowa. She married Robert A. LAWSON, Sr. on February 20, 1944 in Fairfield, Iowa.

She was a seamstress for Fairfield Glove Company for 25 years.

She was a member of the First Christian Church, Disciples of Christ, Eagles Ladies Auxiliary #1293, and Fairfield Square Dance Club.

She was preceded in death by her parents, one daughter Cindy Lou LAWSON and two sisters, Mildred BABCOCK and Erma JEFFREY. 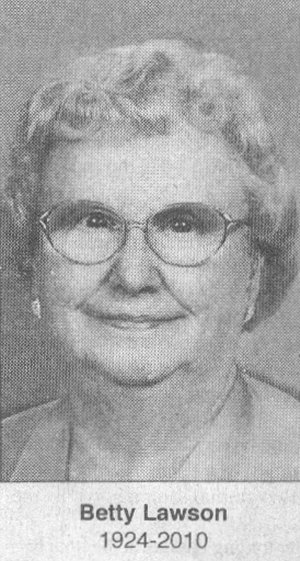