COOP, Richard D. -- Richard D. COOP of West Des Moines passed away on November 18, 2009, after a courageous 8½ year battle against cancer. A memorial service and celebration of Dick's life will be held on Saturday, December 12, at West Des Moines Christian Church, 4501 Mills Civic Parkway, beginning at 11:00 AM. A visitation with family members will begin at 10:00 AM at the church.

Dick was born on September 22, 1938, in Libertyville, Iowa, to Roy and Gladys (FULTON) COOP. He grew up on a farm, attended country school through eighth grade, and graduated from Fairfield High School in 1956. Dick attended Parsons college in Fairfield, graduating in 1960. While at Parsons, he was a member and comptroller of Sigma Phi Epsilon fraternity. Following graduation, Dick moved to Des Moines and began working at Equitable Life of Iowa/ING, where he worked for 35 years before retiring in 1995. He was active in the Equitable Men's Club. Dick joined West Des Moines Christian Church in 1988, served as a Deacon and was active in the YES class activities.

Dick was a loving, generous, kind, honest, humble husband, father, and friend. He was a devoted and supportive father, and he was very involved in his sons' numerous activities throughout their young lives. Dick was an avid Iowa Hawkeye fan and golfer, and over the years an avid runner, cyclist, snow and water skier. He was an eternal optimist and a cherished friend by many and will always be remembered for his gentlemanly graciousness, his dry wit, and cute sense of humor.

Memorials to Dick can be sent in his name to his church, West Des Moines Christian Church, or Hospice of Central Iowa. Online condolence may be left at www.brooksfuneralcare.com.

A special thank you to his doctors, especially Dr. Mark Westberg and his nurse, Jan Lovell, and Dr. Joe Rhoades, and the staffs who cared for him over the years. 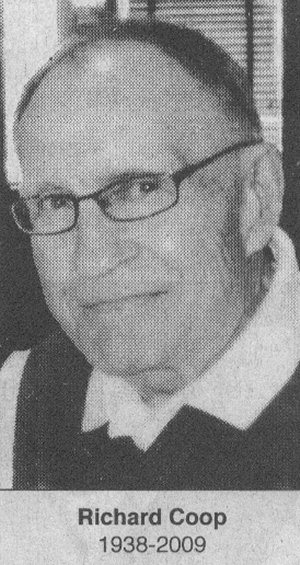