A funeral and Mass of Christian Burial will be at 10 a.m. Monday at St. Anthony Catholic Church in Davenport. Burial will follow in Memorial Lawn Cemetery in Fairfield.

Visitation will be from 2-4 p.m. Sunday at Halligan-McCabe-DeVries Funeral Home in Davenport, where a prayer service will be held at 3:30 p.m.

Memorials may be made to St. Anthony's Care and Share or to a charity of the donor's choice.

Online remembrances and condolences may be expressed at www.hmdfuneralhome.com .

Mr. KURTZ was born May 28, 1927, in Fairfield, the son of Ralph Francis and Helen Elizabeth SCANNELL KURTZ.

Mr. KURTZ was a graduate of Fairfield High School and a 1950 graduate of St. Ambrose College, where he received a business degree. He retired in 1984 as a technical writer for Army Weapons Comand at the Rock Island Arsenal after 30 years of service.

Survivors include one sister, Karol MOORE of Davenport. 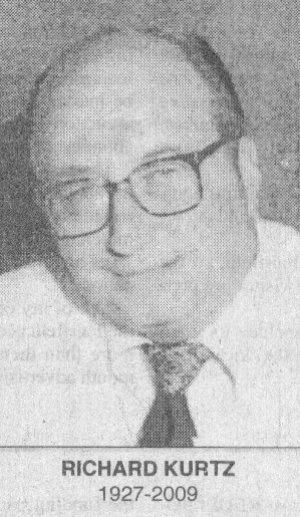