Arrangements are pending at Kremer Funeral Chapel in Batavia.

A celebration of life service will be at 1 a.m. Saturday at Calvary Baptist Church in Batavia, with the Rev. Thomas Shipley officiating. Burial will be at Batavia Cemetery, with military rites accorded by the Walter B. Schafer Veterans of Foreign Wars Post No. 775 and O.B. Nelson American Legion Post No. 3.

Open visitation will begin at 10 a.m. Friday at Kremer Funeral Chapel in Batavia, with family present from 6-8 p.m. and a Masonic service at 7 p.m.

Memorials may be made to the family.

Mr. DAVISON spent his early years in Richland and also resided in the Fairfield and Davenport areas before settling in Batavia. He had worked for the railroad, Iowa Malleable Company, Austin Crabbs Concrete of Davenport, French & Hecht, Roseway Trucking, Excel, Ideal Ready Mix and the city of Batavia in maintenance and as a night marshal. He retired in 2003.

He served on the Batavia Fire Department and had belonged to the Jefferson County Police Reserves. He was a member of Kilwinning Masonic Lodge No. 198.

He was preceded in death by his parents; his stepfather, Forrest COPELIN; and one sister, Virginia HOLMAN. 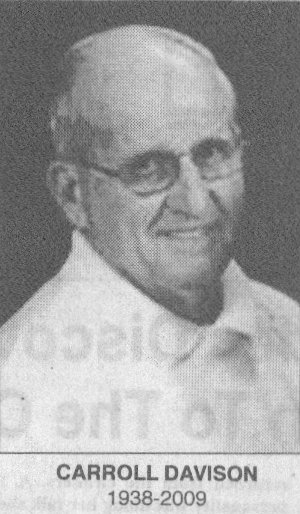