A funeral was held this morning at New Life Community Church in Fairfield, with the Rev. Jim McGaffey officiating. Interment was in Memorial Lawn Cemetery in Fairfield.

Memorials may be made to New Life Community Church.

Condolences may be sent to the family at www.raymondfuneralhomes.com .

Mrs. BRADFIELD was born May 19, 1920, near Fairfield, the daughter of Harry and Henrietta MOLLENAUER PARSONS. She married George BRADFIELD Nov. 30, 1949, in Fairfield.

Mrs. BRADFIELD was a 1938 graduate of Fairfield High School. She attended Parsons College for two years.

She was a member of New Life Community Church in Fairfield where she taught Sunday school for several years. She also provided ministry to area nursing homes.

She was preceded in death by her parents and two brothers, Robert PARSONS and Thomas PARSONS. 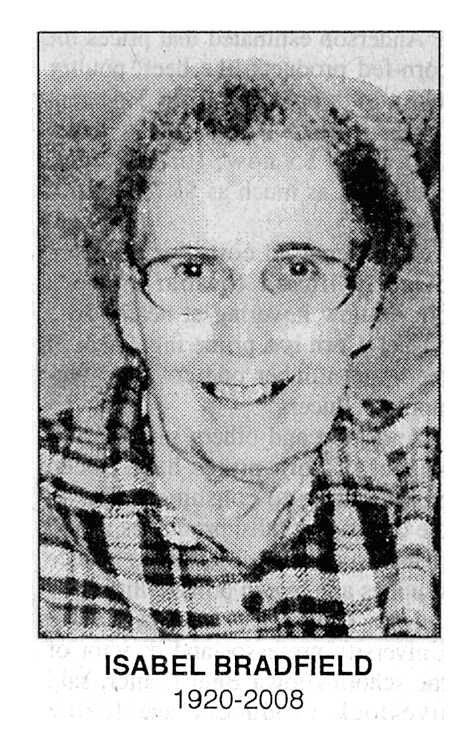