A service will be at 10:30 a.m. Wednesday at Behner Funeral Home in Fairfield, with the Rev. Stephen Page officiating. Interment will follow in Lockridge Cemetery.

Memorials may be made to Augustana Lutheran Church or Lockridge Senior Center. Cards and memorials may be sent to 1830 283rd St., Mount Pleasant 52641.

Mrs. CARR graduated from Lockridge High School in 1940. She was a long-time employee of the Fairfield Hotel.

She was a member of First Augustana Lutheran Church in Lockridge.

In addition to her husbands, she was preceded in death by her parents.

Copied with permission from the Fairfield Ledger, Inc. 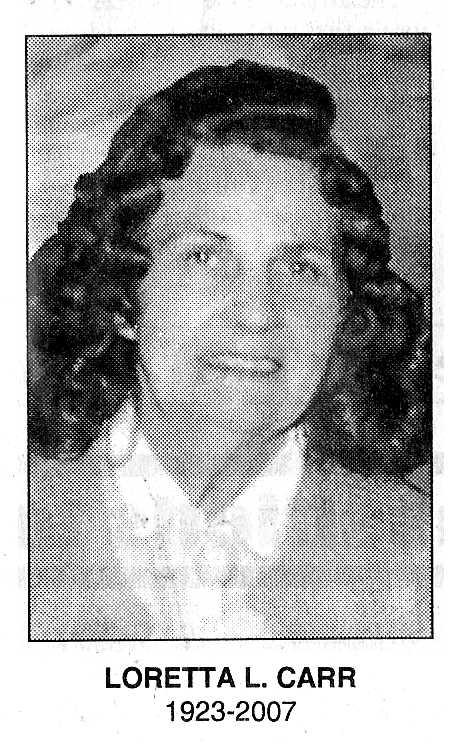